It’s every online marketers dream to ‘go viral’ and find that sweet spot that makes the internet population hit the share button over and over again. However, it’s not a particularly simple thing to achieve and whilst many would have you believe that it’s something that can be predicted with planning and a formula, this only holds true up to a point. It is possible to produce the type of content that’s highly likely to go viral and some online publications are very good at it, but there’s never any guarantee when it comes to what takes hold of the collective public imagination.

According to Jonah Berger, a marketing professor at the University of Pennsylvania, there’s a science to viral posts which can be identified by six key drivers. Under the acronym STEPPS, he sets out what elements must be present for content to be shared.

Why Do You Want to Go Viral?

Whilst for many marketers going viral may be the Holy Grail, before you go away and begin crafting posts, ask yourself why you want to go viral and how the content that you produce with that aim in mind aligns with business goals. It’s all very well creating content that your audience will find hilarious and you may even rack up 100,000 views on YouTube, but without shares and without having some sort of plan in place, that doesn’t mean that the content will help your audience to connect with your brand.

As Berger points out, whilst viral content is fun, it’s only of any use to the brand if it actually helps the business. As an example, he cites a campaign run by Evian back in 2009, which you may remember as it did very well. The ad, known as ‘Roller Babies’, featured babies performing on roller skates and was viewed by more than 55m. However, when Evian looked at sales figures in the wake of the ad’s success, it was found that the company had lost market share and sales had dropped almost 25% in the US.

Berger believes that this is due to a disconnect between the ad and what the company actually does. The ad had nothing to do with water so viewers didn’t make the connection between the brand and the advert, despite its immense popularity. This hasn’t deterred Evian either as the company has since come up with more baby ads, although the later ones do actually feature water.

So when considering creating viral content it’s vital that you also think about how you can connect the brand with the content and if your audience will also make the connection.

One of the most important things to consider when thinking about any of your content marketing efforts is how much value the content is giving to the audience. It can be very difficult to construct a post that gives value but also ticks all of the boxes discussed above. For example, a video of some cats hiding in boxes may well be very funny, and make your audience laugh and share it extensively. But what are they getting out of it that gives them value beyond a couple of minutes of fun? Not very much really.

For brands, it’s important then to craft content that connects the audience with the brand and provides value. If we’re thinking about a blog post, then how could we craft it so that we can apply Berger’s formula and it has the possibility of going viral?

It’s thought that longer form content performs better than shorter form as it does give more value to the reader. After all, there’s only so much that you can pack into a 300 word post no matter how good you are. Personally, I’m a fan of longer form for that very reason. I feel that SEOs chasing links made for a lot of fluff content around the net up until Google banned it. Whilst I understand that link building is a powerful and necessary aspect of SEO, the amount of 300 word articles that were around at one point that said in essence absolutely nothing was verging on the ridiculous.

I expect that it would surprise you to know that content pieces of between 3000 – 10,000 words get more shares than short form pieces, being shared on average 8,900 times per post. 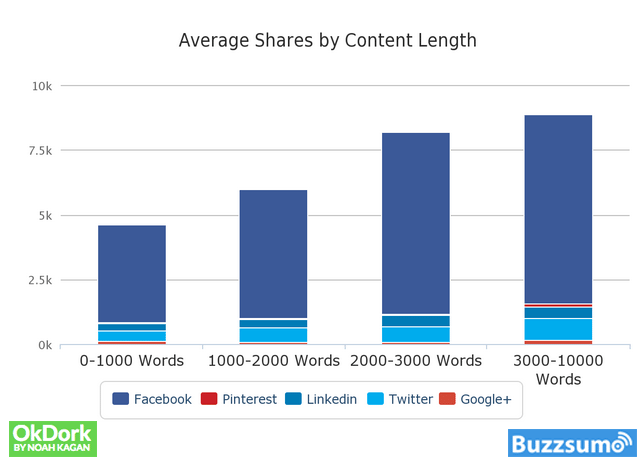 So the next time you’re thinking of blasting out a quick blog post of 300 – 500 words, ask yourself if you have the time to craft a longer piece that also ticks all of the relevant STEPPS boxes. Buzzsumo believe that the reason people now like long form content is simply because there isn’t too much of it about. As they point out, yes, people like to share silly cat memes and things that make them laugh in the short term, but they also want to read and share intellectually challenging pieces that provoke thought and discussion. And since the vast majority of blogs online don’t produce much in the way of long form content, those posts that do exist (and are good of course) are much more likely to be shared more widely.

The Use of Images

In this age of think mobile first, it can be tempting to leave images out of blog posts altogether rather than go to the trouble of ensuring that they’re optimised. However, it’s long been known that posts with imagery perform better and are shared more often and this is something that the Buzzsumo research also backs up.

Posts with at least one image are twice more likely to be shared on social media, so it’s worth the little bit of extra time that you might spend optimising. Images also help to tell a story visually, so can be applied to the STEPPS model too.

Buzzsumo, which produces a lot of the quizzes that we see on Facebook each day such as ‘what should your name have been’ and ‘what century should you have been born in’ do surprisingly well. Of the top ten posts shared in the first half of 2014, eight of them were quizzes (with seven being from Buzzfeed itself). Why? Because it seems that we like posts that appeal to our egos and sense of identity. This is all very well, I hear you say, but how on earth do I apply that to my brand? Quizzes can be made up of anything and it’s likely that you’ll be able to come up with some angle to make up a quiz post. For example, if you’re in the SEO niche, then there’s no reason you can’t make up a post entitled ‘how well do you know SEO’ and apply some multi-choice questions to it. Likewise, if you’re into writing, you could make a post such as ‘how good is your grammar’? People really do love these things and as such, you should probably try to make the most of it.

Outside Influence of Going Viral

To some extent, it’s not just about what content of yours is shared as much as who’s sharing it and ideally, you want to identify and target at least one key influencer in your niche with a view to getting them to share your content. Influencers love great content, so there’s a huge likelihood that if it’s good enough, they will share it. 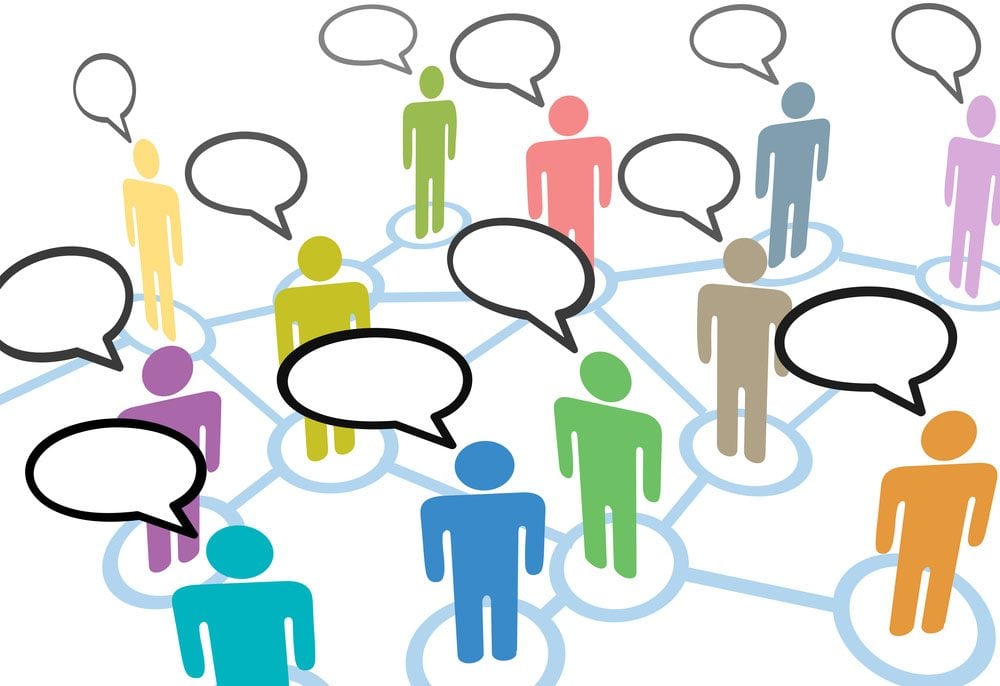 To increase your chances:

A share from one key influencer can boost a post considerably, so ensure that you provide content that is highly useful if you want them to share it. Remember, whilst it does have to be 100% unique, the ideas don’t have to be original because very, very few ever are. Try to provide some good industry insight and allow your own voice and opinions to shine through to enable people to connect with the post more readily.

There is something of a science to going viral, but as I said at the start of this post, there’s no guarantee. What you can do though is to understand how it works so that you can create content consistently that people want to share. We all know that funny videos do well, but before you create one, ask yourself if it’s really relevant to your brand. Remember to tell your story both in the text and through the images that you provide and also that infographics do very well when it comes to gaining shares. Mix up your content and make sure that you provide a useful resource and people will start to return to your site and share more on social media.

Above all, create content that you’re passionate about as it does shine through in your creativity and people respond to this. It’s easy to see when someone’s writing about something they care nothing about, and it’s easy to see when they do, so keep that in mind and you won’t go too far wrong, especially if you also apply the ‘science’.