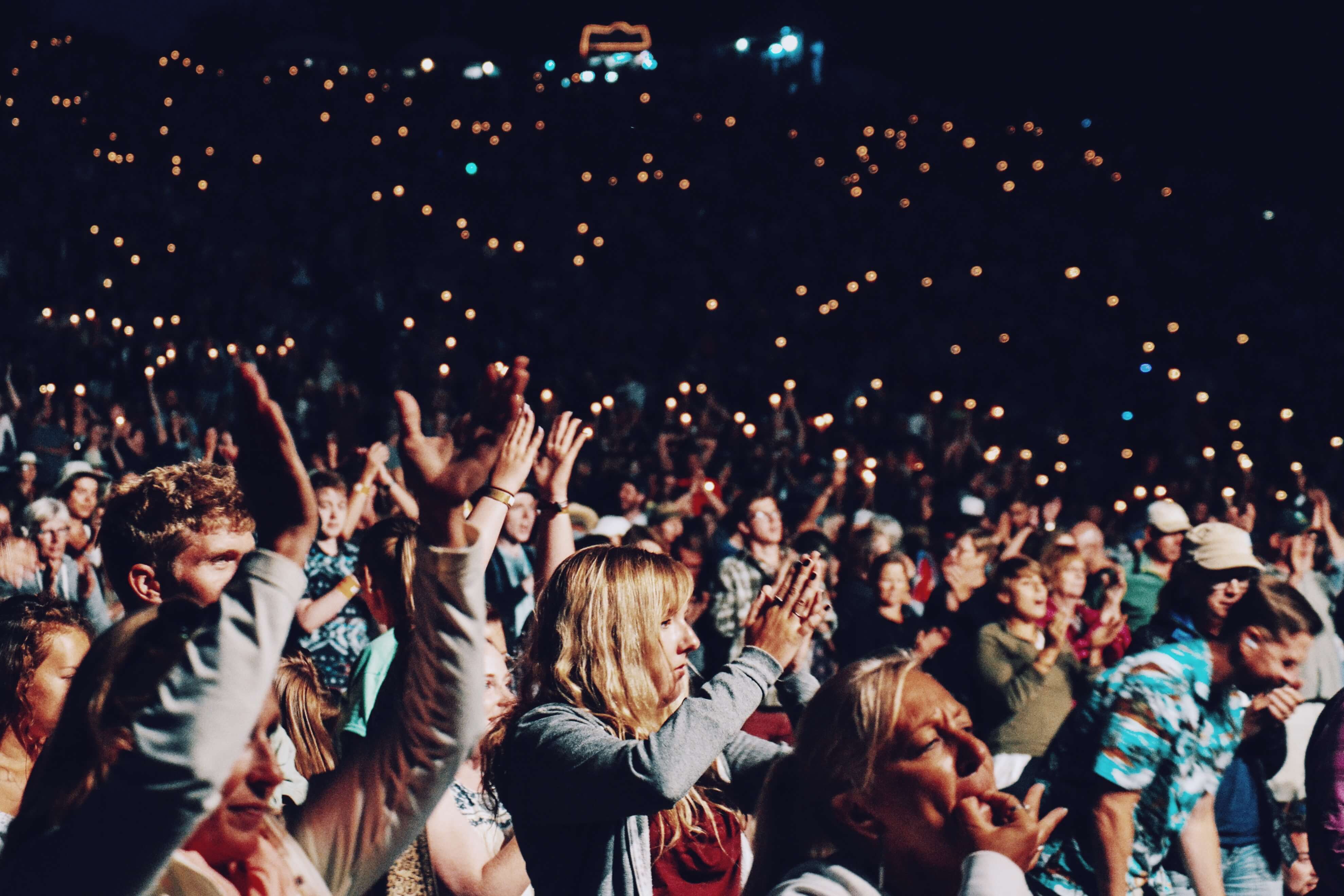 XEN was lucky to be part of the six months testing phase of Spotify’s new self-serve advertising platform, Ad Studio, which was officially launched in Australia early August 2018.

Ad Studio allows advertisers to create an audio ad, select a target audience, specify a budget and track the results. 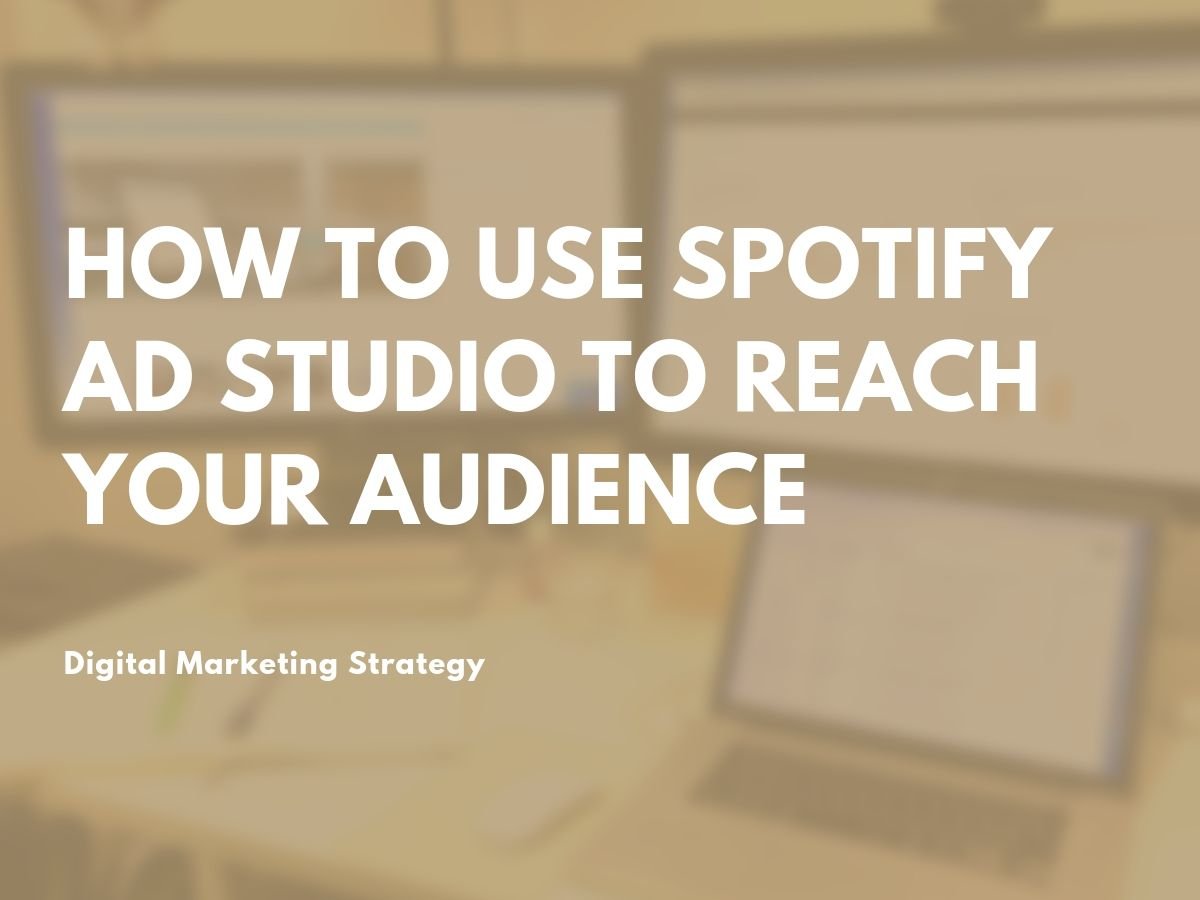 With Spotify being the biggest subscription streaming platform, having 170 million active users at the end of March - it’s a platform worth testing. Especially at an entry level of $250 per campaign. More on that later!

As early adopters, we used this testing period on a number of audio campaigns for our client, a multinational electronics company, promoting their gaming monitors to a specific gaming audience.

We’re going to take you through our campaign set up so you can see exactly what Ad Studio offers and whether it’s right for you.

Functionality is pretty basic at this point in time. These are the daily metrics shown on the dashboard:

There are three shortcut functions on the Dashboard that allow you to:

From your dashboard, click Create Ad to get started.

It’s time to start creating your ad. Here are the steps.

i. Choose your objective

Here I recommend that you start with a logical naming convention that suits your business but one that’s easily identifiable in short form.

You can see in the screenshot below that the full name doesn’t appear until you click through, so make it easy for yourself to choose the right campaign - especially important when running multiple campaigns at once.

Tip: I like to start with the Brand/Month/Year as a general guide.

Here you can specify:

Tip: We liked the feature as it allowed us to split test ads based on gender, with minor edits to ad copy.

Scroll down below the fold and you’ll see Target Based On Listening Behaviour.

This is where it gets interesting.

iv. Target Based On Listening Behaviour 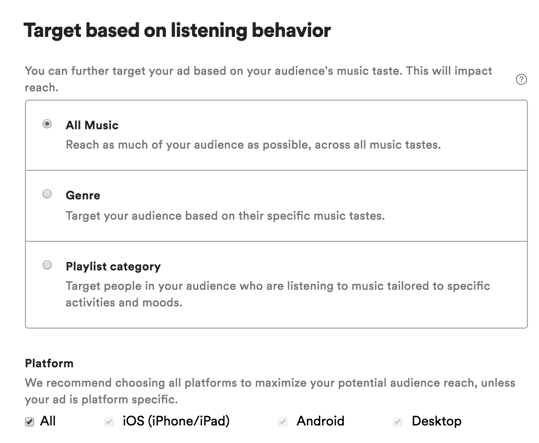 All Music -  No specific targeting. Reach as much of your audience as possible, across all music tastes.

Genre - Target your audience based on their specific music tastes, such as:

Playlist category - Target people in your audience who are listening to music tailored to specific activities and moods, such as:

Platform - Spotify recommend choosing all platforms to maximise your potential audience reach, unless your ad is platform specific.

On a limited budget:  If you already know what device your audience converts well on, based on other paid social channels, then be specific in choosing your platform option.

On a reasonable budget: Test various platforms on the Spotify channel to see if they align with your other paid social conversion activity.

Setting the budget and schedule is straightforward.There are budget options shown as a guide, and the custom box allows variances with a starting minimum of $250.

For scheduling, simply select your start and end dates. Note, it can take up to 48 hours to approve the ad in some cases.

Tip: when we first started testing we nominated the minimum spend of $250 to see how the platform worked and what we could achieve from the investment. Once we saw the first months results we increased the spend.

Tip: We found the billing to take place about a week after the campaign finishes. Similarly, in the case where we have stopped a campaign mid-way and started a new one, the billing came through about a week later.

As you start to build your campaign, you’ll notice on the right hand side that a summary box appears. It looks like this: 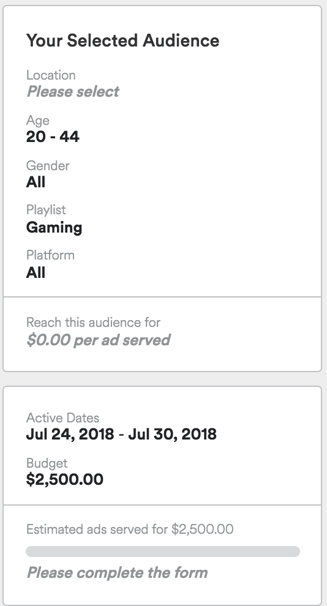 You‘ll notice at the bottom that they offer a forecast impression estimate - based on your target audience.

There are two ways to add audio to your campaign

How to Request a Voiceover 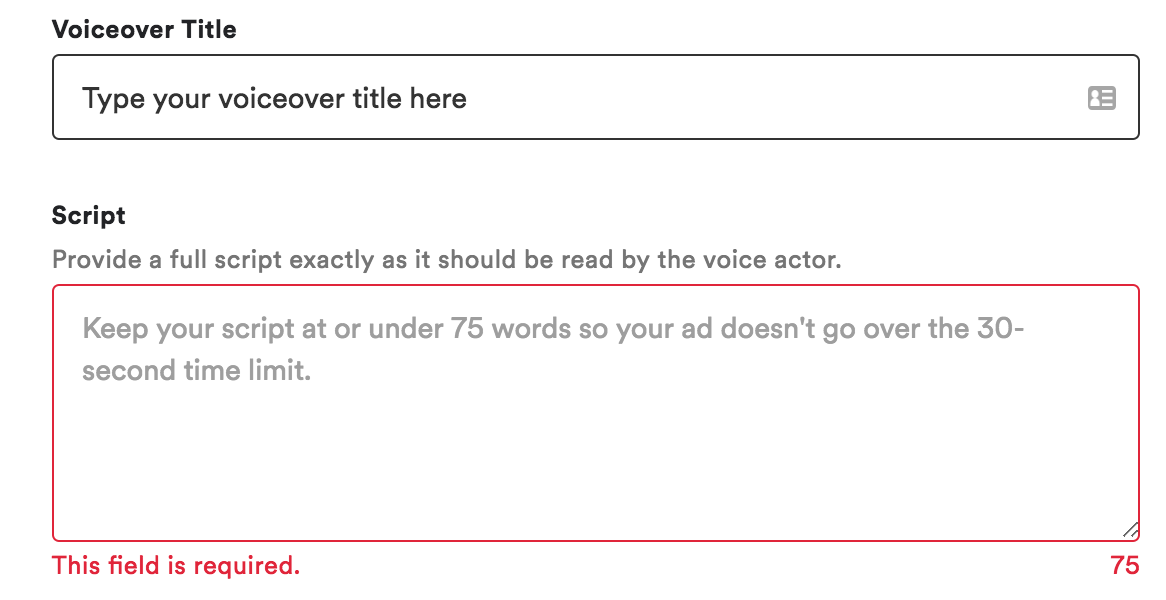 You can also leave Instructions for the Voiceover. For example, any pronunciation tips, words you would like emphasis on, or the speed/tone of the voiceover.

The following language options are available:

You don’t have to have background music, but if you would like music to accompany the voiceover, there is a library of free audio tracks to choose from.

Tip: I found the music selection to be quite limited. However given the service only fully launched last week, no doubt there are plans to expand the library. I also found that the music is played from the start of the song - even if I selected the music to start 25 seconds in.

Currently you can choose from these music options:

Here you get to an a Companion Image that displays on screen while your ad is playing.
You can upload a JPG or PNG file, 640x640 pixels.

Ad Headline is next. This appears above your companion image so it needs to be short, punchy and relevant to your brand and UX.

Tip: Don’t forget to add a UTM parameter to your companion link so you can track conversions in Google Analytics.

Once you have got this far, click Next and you’ll go to a summary page.

Review your order and submit for approval. You'll see this: 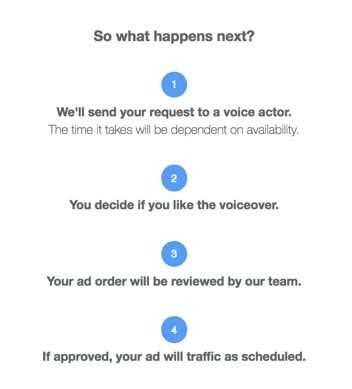 What Were Our Results?

These metrics have now been expanded but this is an example of the early testing stage.

While I was expecting a better CTR, the Spotify account manager said the following:

Will We Continue To Advertise on Spotify?

Still Deciding if Spotify Ad Studio is Worth it For You?

If you’re still wondering if Spotify Ad Studio is worth investing in, we’ll leave you with these questions to consider.

✓ Do people search online for your business or product?
✓ Do you have a good offer / differentiator that will entice people to click your ad while they’re enjoying their music stream?
✓ Do you have scalable budget that can grow as your results prove successful?

We understand that not everyone is comfortable delving into new platforms. If you're looking for help with Spotify Ad Studio, we can set up and manage your campaigns for you.
Contact us for more information & pricing. Kylie is a marketing strategist, specialising in HubSpot & Google AdWords.